Nicky Chapman was privileged to speak to some of the Greens’ older supporters recently, and shares some of their insights.

Gratitude is not something we commonly associate with the politically passionate. Yet it’s my main emotion after talking to some of the older Greens living in Dunedin. They talk of gratitude for what they’ve received – and I feel grateful that their values and work have made all our lives richer. 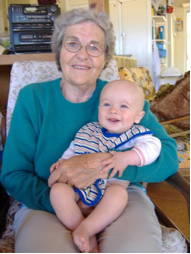 Pat Scott grew up in the High Peak district of Derbyshire, England, during and after the war. “We didn’t have a car so walked everywhere. Being outside in a beautiful environment was the key to my growing up and mapped the direction of my life, along with a very good biology teacher.” She was the first of her family to go to university, thanks to the 1944 Education Act reforms.

Another cause of gratitude and delight in her life was the local Anglican church. She explained that the life of the church, her small town and school were interwoven into the natural rhythm of the year. “There was a ‘sing the song of harvest’ attitude of gratitude for everything we could produce.”

When she emigrated to New Zealand with her husband and a small baby, she immersed herself into community life, and learned the value of “working collectively with a group of like-minded people”. Education remained a priority, both in her work as a parent and as a teacher. She especially loved running school biology trips and helping to set up the Otago Youth Adventure Trust at Tautuku Lodge. Over the years she was also involved with recycling on the Taieri, and took part in major campaigns such as Save Manapouri, stopping the Aramoana smelter and protesting against the Springbok Tour. “I’ve always been an activist wanting to go out there and make a statement.”

In 1992 she met Sukhi Turner (New Zealand’s first Green mayor) and Leah McBey when they were going to a Green conference. “They joined me up to the party at Dunedin airport!”

For Pat, “joining the Greens brought together the love of the environment, strong commitment to social justice through the church, the value I saw in community action and community consultation. The Green party embodied all of those and made total sense to me.”

When asked what the Greens have brought to Parliament, Pat replied, “I think the Green Party does more than bring social and environmental policy to Parliament, it brings respect. Green MPs don’t shout out rude things, and respect the parliamentary process.

“Also, I think what Jeanette Fitzsimons achieved was making the environment central to everyday New Zealand thinking, not a hobby or something academic. She helped people to understand why it was so important. The Greens’ work on energy conservation has been of critical importance and has become very mainstream – for example people see the housing insulation scheme brings economic and social benefits along with environmental ones.”

It all comes back to community. “Faith to me has to have community dimension. The crises that the world is facing – economic and environmental – are at heart a spiritual issue. I have a sense of belonging to a universe community which includes all living creatures.”